Gardens in the Sky: The Rise of Green Urban Architecture Look, up in the sky!

Yes, believe it or not, people have started creating gardens on the roofs aka green roofs.

So what’s this actually about?

Have some folks just decided to plant a few trees on a building roof out of fun?

Surely there is a bigger story behind all that… and we’re here to tell it.

“One of the most interesting global

sustainability trends is the appearance

of so-called green roofs, aka gardens

in the sky and by the looks of it,

the trend will continue growing

in a large scale.”

Here you can get a proper insight in the complete concept of green roofs, of their advantages,

popularity, but also their sudden appearance all over the world. part of it) into a living space, covered with vegetation.

Of course, the idea might seem simple and perhaps silly, but its background is actually quite

If you thought that these are just organic lawns with a few plants planted in pots, then you better

Underneath this thriving vegetation exists a growing medium, followed by a filter membrane and

a drainage system, accompanied by a waterproof and repellent layer, a support panel and thermal

After all these cleverly thought out tiers, there comes a vapour control layer and finally the structural

While the idea might strike you as odd, soon you’ll find out that there is a perfect logically reason

behind this comprehensive project. There are quite a number of speculations of where the trend has originated.

This is mostly because the concept of green roofs has been present for quite some time, but the

A few centuries ago the first signs of green roofs appeared in northern Scandinavia, except they were

called sod roofs and were used to hold the birch bark (a water-tight element of the roof) in place.

Modern green roofs, on the other hand, have appeared in the 60s in Germany, as a way of energy

Since then, many European countries have embraced the trend, but Germany still remains in the lead,

with estimated 10% of all German roofs becoming green.

It’s important to note that green roofs have not only environmental advantages, but are also quite

beneficial in the financial department as well.

Some of the most beneficial aspects of green roofs are their stormwater management, improved

air quality, but also their ability to reduce the UHI effect and reduce the spread of dust.

species found in the gardens.

wish to embrace the amenity of an eco-friendly home design.

“Underneath this thriving vegetation

by a filter membrane and a drainage

system, accompanied by a waterproof

and repellent layer, a support panel

After all these cleverly thought out

and finally the structural support.” Depending on the volume of the growing medium in the garden, these roofs can be categorized as

They’re also classified by the amount of maintenance they require and as such, intensive gardens are in

need of regular maintenance, feeding and irrigation, mostly by an experienced landscaping architect,

while extensive roofs are designed to basically be self-sustaining.

One of the most interesting global #sustainability trends is the appearance of so-called #greenroofs, aka gardens in the sky and by the looks of it, the trend will continue growing in a large scale. Click To Tweet

Gardens in the Sky and Over the World Over the course of years, many countries have decided to embrace the green roof trend.

While they’re becoming increasingly popular in the United States and beyond, it seems as the trend

has sustained itself better in European countries.

A recent research shows that since 2009, the green roof square footage has increased for 115%.

From California and Vancouver up to Singapore, Poland and Japan, the urban architecture project

has rapidly spread across the globe in search for newer, fresher and greener ideas.

Some of these gardens are located in parks and other public spaces, factories and recreational centres,

while others hold their ground on private residences, universities and even hotel chains. In the last couple of years, the global sustainability trend has spread in various directions, so people

have started creating many green practices all over the world.

One of the most interesting ones is surely the appearance of these so-called green roofs, aka gardens

in the sky and by the looks of it, the trend will continue growing in a large scale.

Lana Hawkins is an architecture student and the editor-in-chief at Smooth Decorator.  She enjoys writing about interior decoration and landscaping. Lana is very interested in sustainability and green building, and that’s where she gets most of her inspiration.

Have you created or experienced green roofs? 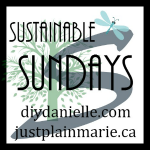 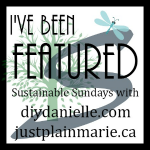